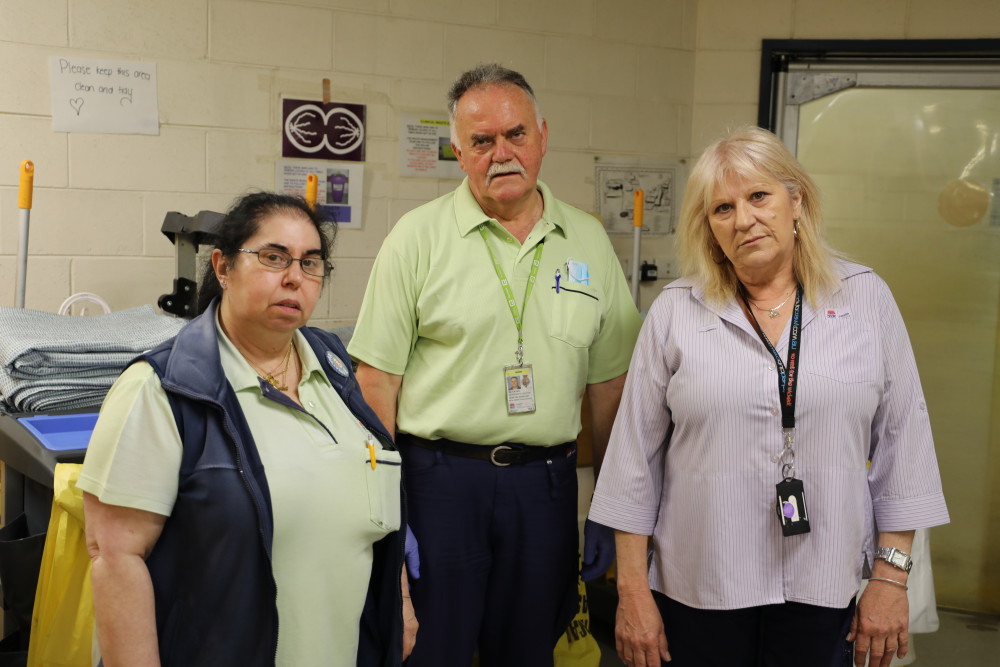 When the entire nation was told to stay at home and quarantine, health workers were continuing on the frontlines, serving the community and risking their own health in the thick of a global pandemic. These health workers have been the backbone of the country, propping up the sick and vulnerable in the hardest of times.

Health workers are nothing short of heroes and we should be thanking them in any way we can – something even Premier Gladys Berejiklian has admitted is the right thing to do. However, contradicting her own sentiments, in June Berejiklian made the decision to freeze wages for public sector employees. Instead of the usual 2.5% pay increase that is awarded to public sector employees every year for adjusted inflation, the NSW Liberal Government wanted to give our frontline workers nothing. After being voted down in the NSW Parliament, the wage freeze was taken to the Industrial Relations Commission (IRC). The result shows just how broken our industrial relations system is. A pathetic 0.3% was the decided pay increase awarded by the IRC. Effectively, health worker wages have been frozen in the worst of times.

Due to the 2.5% cap implemented by the Public Sector Wages Policy, the recent wage freeze will constitute a permanent cut to the remuneration of health workers which cannot be corrected or made good in future years. Our COVID heroes will forever be behind, even after having sacrificed the most. While NSW Cabinet Ministers are getting pay rises left, right and centre, our hospital staff are having to battle for the minimum. Meanwhile Gladys Berejiklian gave Finance Minister Damien Tudehope a $17K pay rise. NSW Health Secretary Elizabeth Koff was awarded a $29 950 pay rise. This Government is not shy in lining their own pockets and the pockets of top bureaucrats. Their agenda is clear - ripping off workers. The 0.3% increase is nothing short of an insult to our health workers. On average, this is just an extra dollar a day for health workers. For some classifications, it’s even less. From the outset of the IRC’s decision on, the HSU was determined to campaign on dropping the Wages Policy. We need to disassemble the system that allows this to happen. Our Industrial Relations system has been plagued by the Wages Policy, which allows the NSW Government to fulfil their anti-worker agenda. This policy puts a cap of a 2.5% increase to public sector compensation.However, 2.5% is not even an entitlement as our workers have seen recently. On the 3rd of November 2020, NSW Treasurer Dominic Perrottet announced that moving forward public sector wages are to be capped at a 1.5% increase. The Treasurer stated, “In a pandemic you’re going to make decisions that won’t be popular. But I’m not here to be popular, I’m here to do what’s right”. It is ridiculous to think that Perrottet believes that ripping off front line workers is the ‘right thing to do’. But ridiculous is what we’ve come to expect from this Government. Our most vulnerable workers are bearing the brunt of this broken system, suffering hit after hit. Enough is enough. It’s been nearly a decade of this Wages Policy, and it’s time it’s dropped.

Public health members have been surveyed regarding what they want from a Wages Policy campaign. The results showed common concerns among members. The main categories of responses were regarding the following:

Better Service Delivery
Members reported a very well-known fact - the health system is severely understaffed. Unfilled vacancies need to be filled promptly and there needs to be an increase in the staffing levels in line with the relevant increase to population/ demand of health services. With this, safer and more reasonable workloads will eventuate. The outsourcing/ privatisation of health services and the detrimental effects this has on staff was also a common theme within this category. Members want previously outsourced and privatised health services returned to public hands.

A Fairer Health System for Workers

Members wanted to end the Wages Policy so that pay increases reflect the value of the work that health workers do. This would also assist to attract and retain staff. Members want to be able to put forward claims for pay and conditions that can be freely considered by the IRC and under the current policy, this cannot be done.

There is also the need for increased permanency of employment and job security
Casualisation needs to be minimalised and there needs to be a comprehensive system in place for casual workers to gain permanency.

Having paid pandemic leave and improved allowances
incorporated into the Awards were suggested. These are small, but impactful steps that can be taken to modernise health worker Awards.

An Employment System Fit for the Future

Similar to the modernisation of the Awards, members wanted updated classification structures to reflecting modern training and professional standards that facilitate career progression. This would work to formally recognise skills and responsibilities.
In light of COVID, provisions to support working from home arrangements were also suggested to help enable flexibility and promote fairness.

were also reported as needing improvements. This is to ensure the safety and comfort of workers while supporting a modern and diverse workplace that facilitates inclusion and participation. Health workers deserve better. They have been the heroes of the COVID pandemic, and we cannot let their pay be frozen. That is why the Health Services Union is committed to fighting this. On the ground, in the courts, in Parliament, the HSU is with health workers every step of the way. We are committed to campaigning on your responses and making a difference.