Report on meeting with Premier on professional pay

A small delegation of ADHSU delegates met with the Premier and Health Minister last Thursday about resources and professional pay.

As many members know, the then-Treasurer, Mr Perrottet, met with delegates during our industrial action in June.

He was taken aback by the articulate, passionate, and forceful points ADHSU delegates made on the day: paramedics have already dramatically increased skills and responsibility over the last decade, are already saving Health tons of money in back end savings, and are willing to do even more for patients through expanding scopes of practice. The decent thing to do is renumerate paramedics as the professionals they already are.

The then-Treasurer agreed to a follow up meeting where he would genuinely consider what ADHSU delegates had put to him - then Delta struck.

Fast forward to last Thursday. It was acknowledged that ADHSU had ceased industrial action to spend 100% effort on dealing with Delta. The Premier also said he would not get in the way of professional pay (including funding it), so long as we can prove beyond doubt that paramedics are deserving. 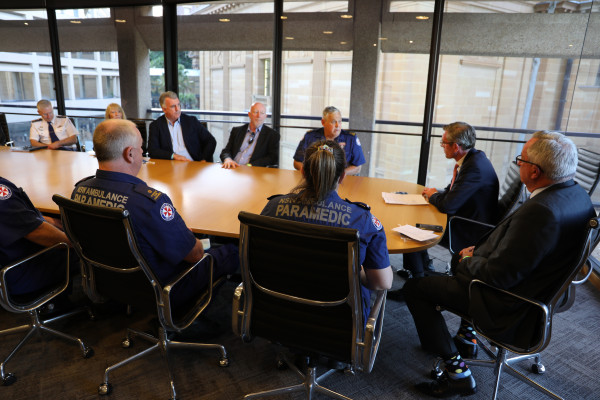 We have undertaken to provide the Health Minister with a plan moving forward. That plan will include a process for ADHSU delegates and members to gather evidence of what is already being delivered, and what an expanding scope could look like – not only for the benefit of patients, but to bring greater job satisfaction for NSW’s dedicated paramedic workforce.

It’s incumbent on ALL members to contribute to achieve the desired outcome.

We will be putting out a series of surveys in the near future seeking the views of members on the whole process, as well as asking for members to put their hand up and contribute to the process moving forward.

Regular Union notices and updates, from the desk of our General Secretary.