A message from the Secretary 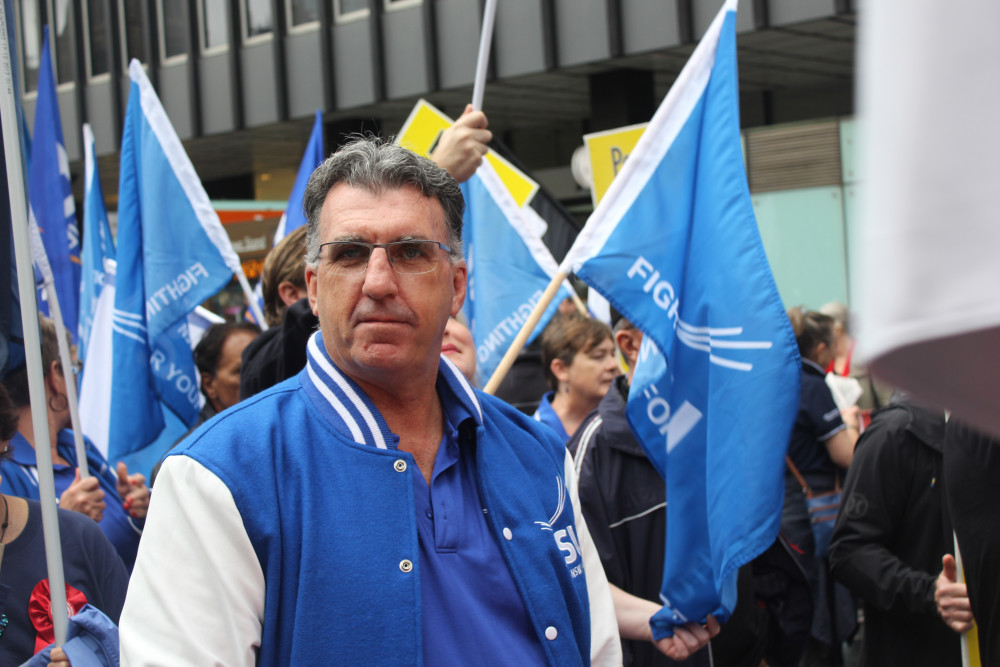 As I write to you, I’m filled with pride for the efforts of HSU members over the last year. This dreadful pandemic and everything it brought with it – the fear, the uncertainty, the long hours and back-breaking work – would be enough to make anyone feel like giving up. But instead of giving up, health and aged care workers have done precisely the opposite. They have pushed harder, reaching within themselves to incredible reserves of resilience and compassion. And then they have kept going. The reason? We have a purpose.

HSU members know that others rely on them, and that others look up to them. In times of desperation we’re a shining light to others. Of course, it’s not our first pandemic. The HSU was already a fighting union in 1917 when the Spanish Flu swept the world, leaving a staggering 50 million dead in its wake. We proudly defended the vulnerable back then, just as we do now. This year, the HSU celebrates its 110th anniversary – an incredible milestone. Despite all of the obstacles that confronted us in more than a century of history, we are now stronger than ever. It was an immense relief to hear that the COVID-19 vaccine would finally be made available to Australians, with the rollout having already begun this month. Health and aged care workers will be among the first to receive vaccinations, after other groups deemed most vulnerable.

This year, the HSU has updated its slogan to Educate, Vaccinate, Eradicate. We can defeat this virus together. We’ve gotten to where we are not through luck, but through a remarkable effort from health workers and the community. Now we just need one big final push. Of course, COVID-19 isn’t the only challenge that HSU members have had to face this year. Public Health members were appalled to learn that, after last year’s pay freeze and the further lowering of the unfair wages cap, the NSW Government continues on the rampage. They now want to reinstate paid parking at hospitals – as if they hadn’t had enough of depleting members’ pay packets.

The HSU will fight this decision tooth and nail. Ambulance members are coming together to oppose an appalling proposal that will entrench inequality and cover over gaping holes in the Service. They are also well into their campaign to deliver ICP enhancements to the bush and western/south western Sydney. Private Health members have enjoyed a number of local victories and are now reaping the benefits of a newly expanded organising team. Lastly, Aged Care members have had a momentous year so far, with the arrival of the final report of the Aged Care Royal Commission.

Many of the recommendations back the HSU’s Fight For 25 campaign all the way – now we just need to hold the Federal Government to its promises. I wish you all a very pleasant Autumn and I look forward to speaking with you again soon.