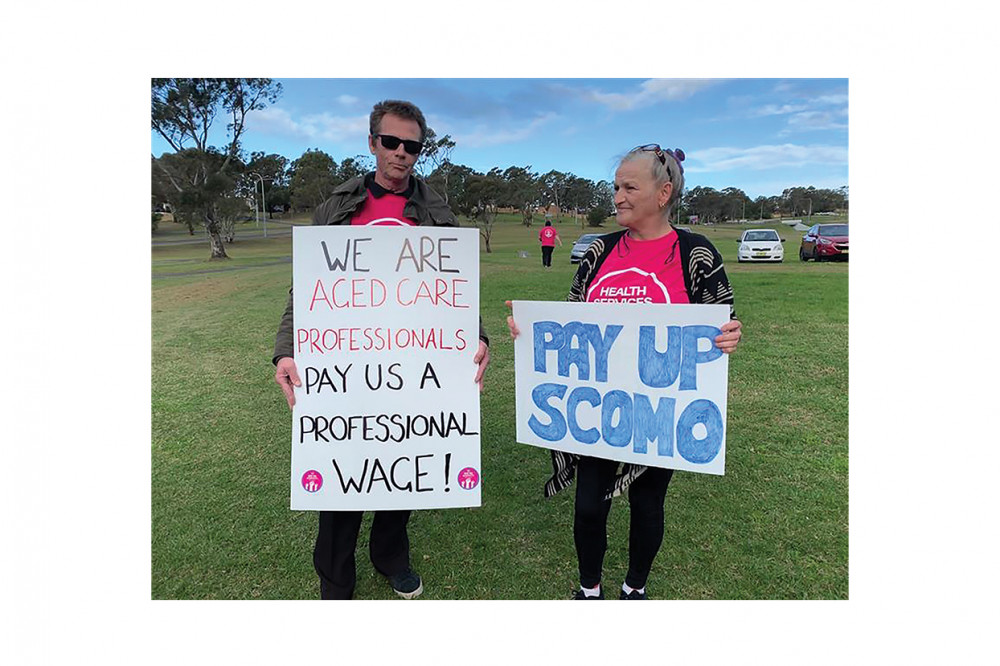 On 24 June, members from across the state held meetings calling on the Federal Government to fully fund a 5% wage increase for all aged care workers. Dubbed the Fight For Five members voted to take industrial action later this year if it was safe to do so.

Fast forward three months and we have had to watch the woeful incompetence of the Federal Minister for Ageing Senator Richard Colbeck and Prime Minister Scott Morrison unwilling to act. Sadly, hundreds of elderly residents have died in Victorian aged care facilities, and still many more are infected with COVID-19. Instead of taking responsibility for his inactions, the Minister claimed time and again that he had a plan. Well- it failed and many families are grieving, and many aged care workers will never be the same again. The thing that is most upsetting is that this government, as many before it, knew about the problems in aged care and did nothing.

There was time to act, to increase staffing and reduce the dependence on secondary employment, and they did nothing. Faith in this government to keep our most vulnerable safe no longer exists, let alone its ability to deliver decent wages to frontline aged care workers. We can no longer expect that the Federal Government will act on the Aged Care Royal Commission’s findings that the aged care workforce is undervalued, understaffed and undertrained. We must do this ourselves.

On 27 August, HSU workplace leaders held meetings to discuss the next steps of our Fight For Five. Armed with the knowledge that in any fight we have cannot rely on the Federal Government to do the right thing, these leaders were asked if they were prepared to take our fight to court - to the Fair Work Commission. And if we were going to court should our demands be bigger and bolder, to right the historical wrongs of wages in aged care? The answer was an overwhelming yes. Right now, members across aged care are meeting to endorse this next step of the campaign. No longer are members calling on the Federal Government to fund 5% - we take our demands to the Fair Work Commission to decide.