The current pandemic has necessitated a lot of changes in all of our lives. Schedules, travel, working processes: we’ve had to adapt so many things about our daily lives, and it hasn’t always been convenient. But when your employer makes drastic changes to your working life, you still have rights and entitlements.

Members working in the Sterilising department at Wyong Hospital on the Central Coast discovered this recently. In December 2020, Central Coast Local Health District informed members that some of the team would be required to travel to Gosford Hospital – some 20km away – for 5-6 months on work rotation. The members involved believed they were entitled to compensation for excess travel time and fares under clause 13 of the Health Employees Conditions of Employment (State) Award. Imagine their surprise when their employer told them they were entitled to nothing!

The CCLHD Director of Workforce advised the HSU they considered the move to Gosford a temporary transfer – and as such, did not believe there was an obligation for the District to pay travelling compensation. Your Union disagreed and sought the assistance of the Industrial Relations Commission (IRC) to determine the matter. But it was the actions of members in demonstrating unity that really pushed the issue forward – particularly delegate Mick Rogers, who brought his team together and refused to back down. In excellent news for the members concerned, the IRC handed down its decision in favour of the HSU, recommending that CCLHD pay travelling compensation in accordance with the Award – including back pay. The employer has agreed to abide by the recommendation. This is a great win for HSU members at Wyong and shows what is possible when we stand together and stick to our guns. 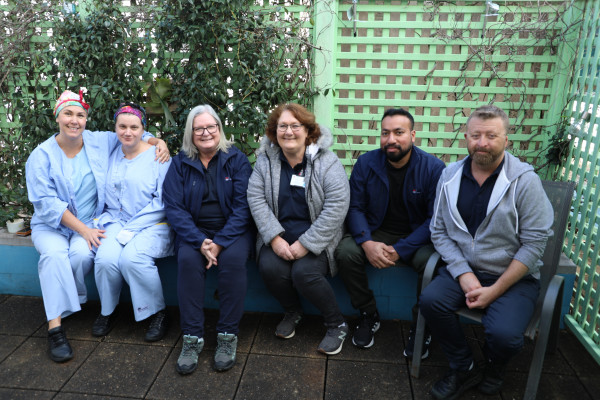