Members at Blacktown Hospital have made a significant step to combat understaffing and unsafe working conditions. Approaching the problem methodically as a group, and with the assistance
of HSU representatives, members have managed to strike a blow to the culture of understaffing, under resourcing and lack of consultation.

In Sterilising Services, members were very concerned about the introduction of a new conveyor belt system without warning or consultation. The conveyor belt didn’t work in the way it was intended to, and as a result it posed a significant safety risk to staff. In addition, members were wrestling with the never-ending problem of not enough staff to complete their work safely and on time. Members continually pushed for staff enhancements and were eventually successful in securing a staffing review– resulting in recruitment to several new positions.

“If we’re not together, we don’t get the objectives we want,” said Aida Flores, one of the sterilising technicians who was responsible for pushing the campaign forward. “Without the union, we couldn’t have done this on our own.”

Meanwhile, in Food Services, members have won their own staffing battle – forcing the employer to recruit to as many as an extra 7 full time equivalent positions. Blacktown Hospital was the first hospital to adopt the My Food Choice systemnof catering, requiring staff to adapt to considerable changes over a very short period of time. In many ways, the Hospital’s Food Services department was the canary in the coalmine, with My Food Choice’s flaws becoming apparent throughout the implementation process. When the short staffing problem in the department reached a crisis point, members decided it was time to take the bull by the horns. Through consistent campaigning, they once again achieved a staffing review – eventually delivering the extra positions. Short staffing is unfortunately a perennial issue, but with a concerted effort changes can be won – as these brave members have shown! 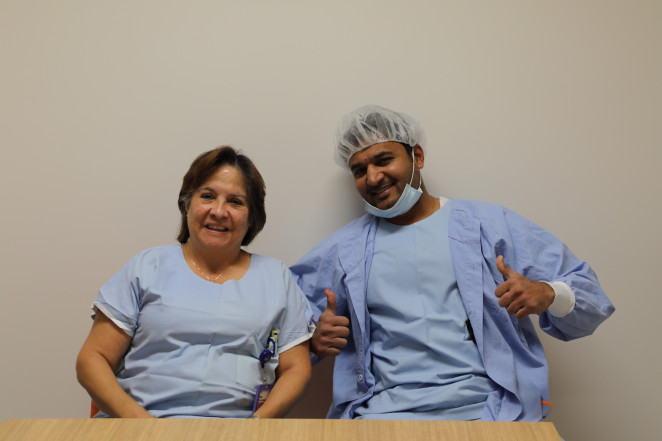