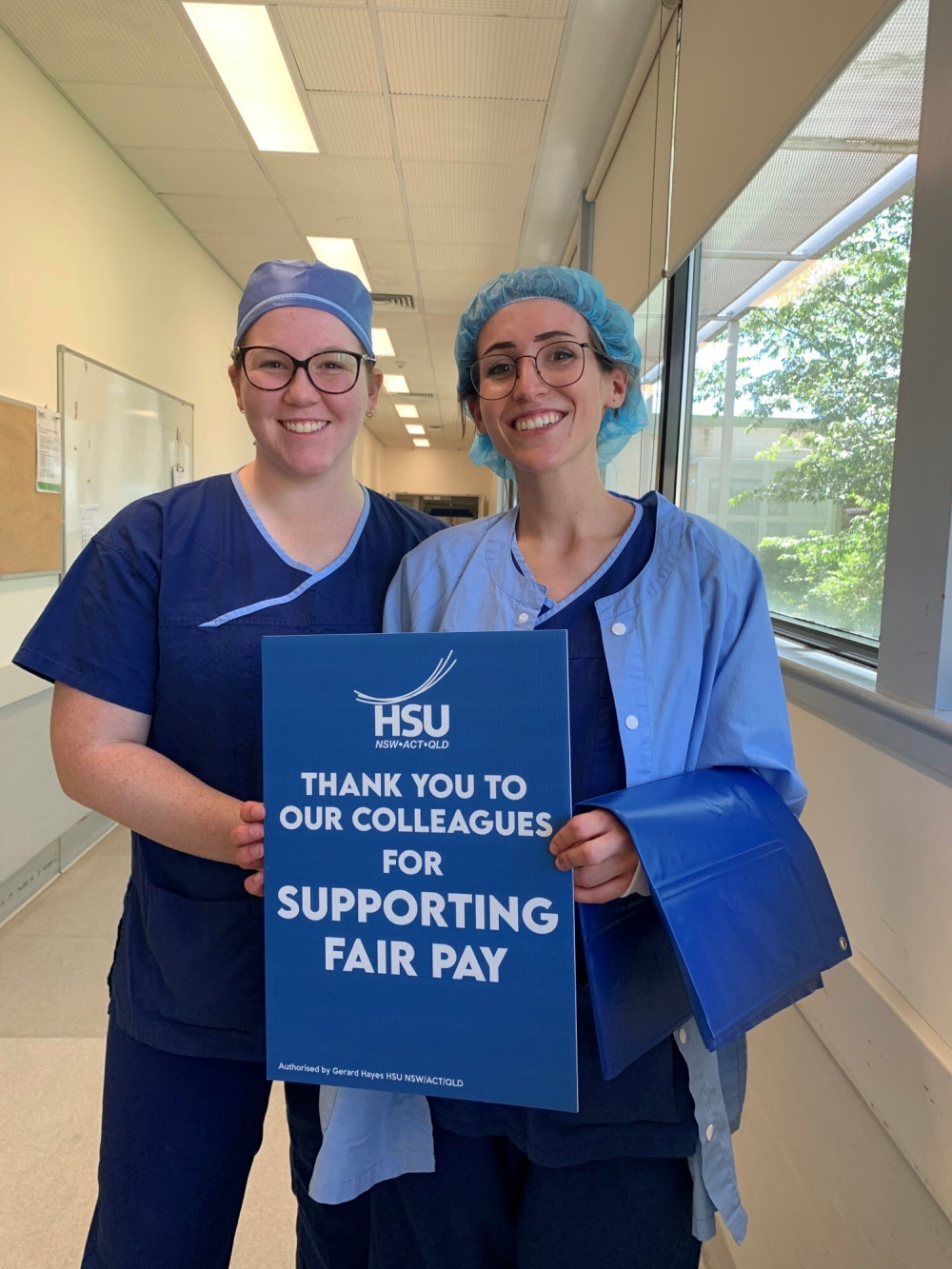 Last year during the first wave of the pandemic, members at Calvary John James Private Hospital employed as wardspersons discovered a problem with their pay. A number of wardspersons were working in theatres for their entire shift but were paid at a grade that did not reflect this work.

Per the Calvary John James Agreement 2019, the Patient Services

Grade 3 definition is: Grade 3 (Patient/Support Services/Wardsperson/Storesperson - Certificate IV Level): A person, who in addition to the duties mentioned at Grade 2, can perform theatre duties and/or possesses Certificate IV level Qualification in the relevant area.

Delegates and activists within Patient Services got together and discovered that many of them had been paid at a lower grade for a number of years.

They approached their union organiser with this concern. After initial communications with the company, a formal dispute was lodged with the Fair Work Commission in October. After many months of meetings, affected staff have now finally been regraded and a total of $61,000 has been back paid to a number of staff who had been paid at the lower grade. This could not have happened without the activists and union delegates on site who kept up the pressure throughout.

Delegate Layla Steed led the charge in this fight:”My workmates and I united so that hospital management couldn’t get away with paying us incorrectly. We did it for ourselves but also for every theatre wardsperson who works therein the future. I hope this win can help show our workmates in cleaning, nursing and sterilising that they can also enforce their rights and fight together for what they deserve. Together we all make the hospital run, and we all deserve better pay and better working conditions. “

Do you think there may be something not right with your pay? Do you know of things that could be improved in your workplace? Change can only be achieved by workers joining their union and organising for a better and safer workplace. If someone you know is not a member of the HSU, encourage them to join at
www.hsu.asn.au